In the 1800’s there was national movement of opinion within the established churches to emulate the simpler style of assembly worship and practice as was evident in the early days of church growth.

There was considerable activity in this regard in Dublin and in Plymouth but right across the UK there were groups of people meeting in homes and rented property and then in their own buildings which eventually became identified as being similar in opinion and outlook and practice and became the Gospel Halls around the country and indeed throughout the world.

Lanarkshire was no exception in this regard and there are records of the movement in various towns in the shire. In Carluke there were in fact two groups of Christian Brethren. One group met in a building – now demolished and located adjacent to Cairns Chemist shop in Market Square – The Evangelistic Hall. The other group met elsewhere in the town and had James Scott [of Jam Works fame] as one of its leading lights. In 1920 the 2 groups merged and from 1925 were able to meet in a building erected with help from James Scott on ground adjacent to what was then called Hamilton Street Lane and now renamed as Church Lane. The building was clad very distinctively with red painted corrugated sheeting and was known locally as “The Tin Hut” – Photographs of this can be seen under MEMORY LANE.

The”Tin Hut” building was in use until 1980 when it was demolished and replaced with the current brick building - opened in 1981.

Local people may remember the various activities associated over the years with the Carluke Gospel Hall. For example, Sunday Schools in Carluke and Braidwood, Bible Class, Youth Night, Children's meetings such as “Sunshine Corner” at Crawforddyke Primary School and “Singavision” at Carluke Primary School, Senior Citizens Social Evenings, Sunday services in wards at Law Hospital and Roadmeetings Hospital, services in the Childrens Home in Station Road and services in Braidwood Community Hall and at Miltongrange Nursing Home. All these activities were additional to the regular Sunday Services in the Gospel Hall building on Sunday mornings, afternoons and evenings. 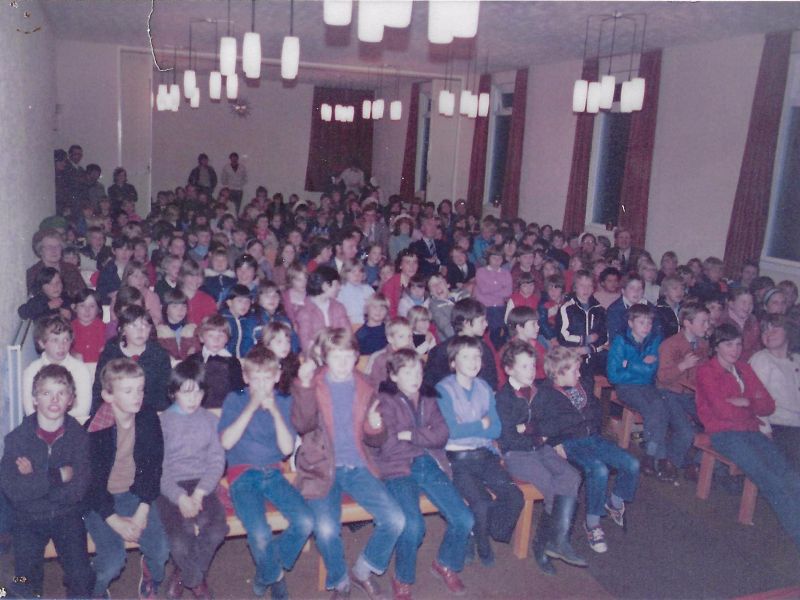 About    About Gospel Halls

Verse of the Week

Verse of the Day